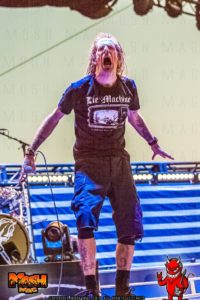 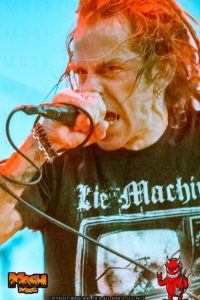 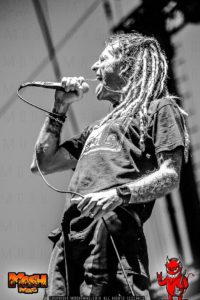 If I had to sum up seeing Lamb of God in one word, it would be “insanity”. Randy Blythe is so energetic and takes such amazing command of his audience. You can feel it happening yet not even be aware of it.  Being an old fart, I was drained just watching him. With Randy, there isn’t a bad seat in the house because he is everywhere. I got tired of chasing him back and forth to get shots, lol. 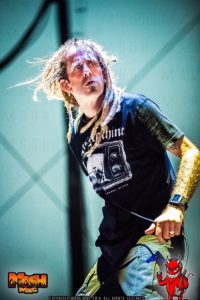 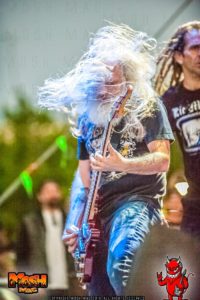 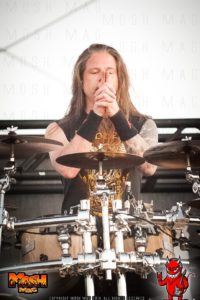 During the opening song ”Omerta”  I turned to the crowd behind me and there was a wall of pogoing fans; you would have thought that LOG was the main act. People were jumping in endless, frenetic unison.  Crowd surfing, fans lifting up people in wheelchairs with the rider was smiling and having a great time.  For idiots that think a metal show is all assholes trying to hurt each other, you’re so wrong.

Randy turned up the intensity even more for the second song “Ruin”, and it was crazy seeing that white boy getting so much air.  His stage presence and facial expressions are one-of-a-kind; photographic pure gold. 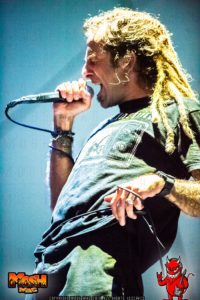 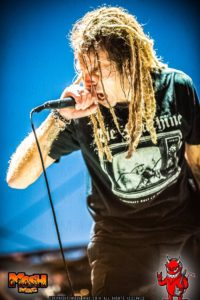 The sound was a thumping, crunching machine.  Mark Morton and Willie Adler are harmonic demons on their guitars.  Mark is lead, and his talent is extraordinary. Willy’s crunchy rhythm adds depth and complements it so well. For Lamb of God, a steady, thumping beat on drums is a must. If there were such a thing as lead drummer, it would be Chris. He’s amazing. Lastly, John Campbell on bass: swift, clean and melodic as f@$k. As I’m standing with the massive bass cabs right in front of me, I could literally feel every string pull in my whole body. To say one instrument in LOG is more dominant than the other would be totally inaccurate. They’re tight, clean and heavily aggressive tone makes this band a headliner in it’s own right. I have seen Lamb of God play with Slayer previously.  They really complement each other and the fans from both camps love the other’s music.  I definitely see why Slayer kept this lineup going. Pure insanity with full-on aggression. Lamb of “F@$king” God. Incredible show.

Willard and Mosh Mag Out! 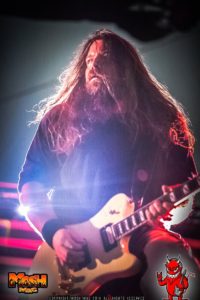 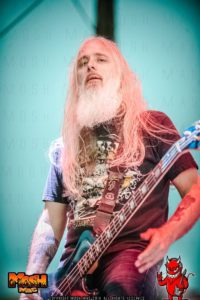 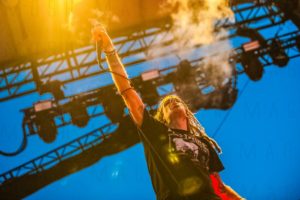