I’m approaching this review as if you know nothing about the band Ghost.

First time I ever heard of Ghost I was at a concert I went to last year when they opened for Iron Maiden in San Berndino CA. I really didn’t like them at all. Have to think about why and I think it was the whole costumes they had on and honestly I didn’t know one song of theirs.  Oh and maybe it had to do with the awful sound the venue had. I am a longtime METALHEAD and anything different, I didn’t like it. So stupid of me.  I love all genres but when it comes to metal,  hard stuff is for Me.  It was bad for opening bands but Iron Maiden sounded incredible.  So when I got home I sat back and took a listen to them.  Well now I knew why they won the 2016 Grammy for best Metal Performance (don’t get me started on the Grammys and Metal genre). After that something that my buddy Troy said is “We both drank from the Ghost Cool aid”. Yes we did. Ever since I had listened to them once a week at least.  Do I consider Ghost metal. Yes, but I’m stuck on what sub-genera it should be in. I’m calling it Theatrical Metal. Think “Phantom of The Opera” smashed with “King Diamond”  then sprinkle is David Bowe and two teaspoons of KISS. Then you have Ghost. 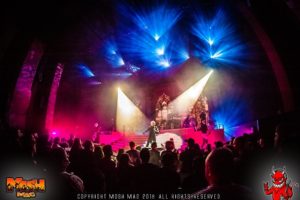 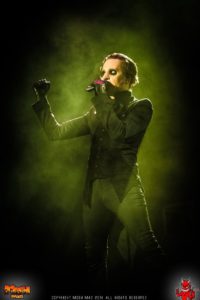 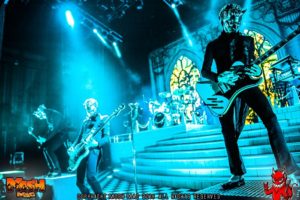 Now  let’s fast forward. As the 2018 Ghost World tour and new album release gets closer to beginning the drama around this tour is nothing less than a production by Ziggy Stardust himself.  So a month before the tour is to start and a week and a half until there first song “Rats” is to come out we hear rumors that the lead singer is leaving and the new singer will be announced. That’s it, nothing else.  Seems weird and all that they are keeping a new lead singers info from everyone. Then a video emerges called Ghost-Chapter I: The New Blood. This shows Papa Emeritus III meeting with Sister to discuss his replacement because of his decaying health. 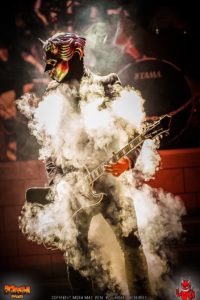 Then comes the next short video called Ghost-Chapter II: The Cardinal.  This shows Sister introducing Papa Emeritus to his replacement Cardinal Copia. So now we know it’s the same singer and just a change like they did the last three times. So Cardinal walks in with boom box on his shoulder listening to his own intro music, looking as you see him now in these concert pictures. Masked and with slick back hair and only a mouth slit to talk (sing).  They talk and it’s official Cardinal Copia is the leader of Ghost. So now the last of the videos emerge called Ghost-Chapter III: Back on the Road. This one has Sister telling Papa that they need to tell the boys (the band) there going back on the road. As they open the Doors the guys are in there old mask from last tour playing Uno and sister walks in with Pap and tells them “get ready boys, your going back on the road”. Then Sister and Papa leave and all you see I figure emerge and put a needle in the neck of one of them. So now the new members are just that figure they are calling the Nameless Ghouls (see concert pictures). So there you have the back story. Reason I am telling you all this is because I find it amazing that no metal band since KISS has had such a back story and a theatrical build up. Well let me tell you it didn’t stop there.

So now it’s May 6th 2018, Tucson Music Hall and this is the second show of there opening tour. There new Album “Prequelle” hasn’t came out (June 1st is the official release date) and only one song is heard from it and it’s “Rats”.  So as I walk in to this opera house type venue and it’s completely all seating. Even to the stage. With my photo pass it was so hard to go around people in the front row for me to get my shots.  But I did. Lol.  Lights go out and here we go. First song was “Ashes”. The stage back drop looks as if your inside a cathedral and the backdrop are stained glass windows with the old Papa on it.  Drums to upper stage right, back up singers and keyboard upper stage left. Down the middle was stairs to the top. Incredible back drop of stained glass. But if you watched closely the images in it will move and change.  Pretty awesome. Lighting was incredible and well placed to tell the story and for an incredible show. Music was off a tad at times but this was there second show and still bugs to get out as well as Cardinal trying to sing through a slit on his face. 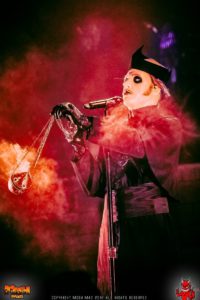 I was just standing there watching and I was so hot. Can’t even imagine how everyone in that stage must have felt.  So on the 10th song a solo starts with the 3 guitarist. 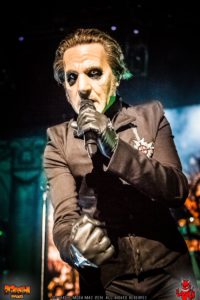 The song was a new song no one has ever heard called “Miasma” that Papa NiHill comes out escorted by two nuns in full outfits and sit him on top middle of stage. He sits there and then grabs his saxophone and does a solo up there.. crowd goes crazy.  I have to say his costumes were awesome. All white gangster suit with gangster looking hat, all red Cardinal Gown, all black slacks and vest right from the 40s from a Bugsy Seagul collection. Also with an all black Cardinals outfit as well. Check out images for all of them in detail. What a great night. So a couple more songs and curtain closes and lights go on and house music begins to play. Luckily I heard this from the Riverside Show that there is an intermission. Yea you heard it right, an intermission at a metal show. Has to be a first for me. I had warned a couple sitting in front of us that this was a break and there coming back. Seriously thought these two were going to start crying.  Then I had the pleasure of telling them there was a Santa Clause. Lol. Hell thats what they acted like.  Thought they were going to hug me they got so excited.

So after 23 songs, 2 hours and 42 minutes, 20 minute Intermission and 1364 images  later (yes I shot that many), I have to say that was an incredible concert. Sounded good, a few hip cups like a said but all in all an amazing night. Theatrical Metal I am officially calling it. I love it and glad someone had the vision to pull it off and change the story around to make every album and tour different. Tobias Forge is the lead singers real name and it was never made public until recently.  Kind of upset I know now for some 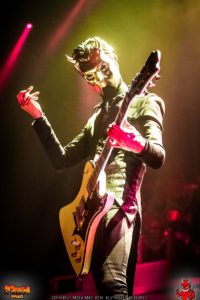 weird reason. But what an incredible artist and visionary. To take a band and have this vision to make it to what it is and as the story evolves and changes. It’s incredible to watch and wait to what happens next. His stage presence is like a opera. Not just a band but a performance that I haven’t seen since Bowe or KISS.  In metal we need this. It brings us forward and to the front. No more Jethro Tull winning Grammys for metal. But you have to love that Ghost won a Grammy in 2016 and in true form went down the red carpet in full wardrobe and with Ghouls in tow. Also when they went to It was an awesome sight and a major win for future metal in general. You don’t have to like it but you as a true metal head had to respect what they are doing to the future of metal and making it popular even more now.

You get a chance go see this awesome show go and see the videos I talked about (Chapters 1-3) and I bet you’ll drink the cool aide like me and Troy did and I will be asking for a second cup. “Hmmmm Willard never drinks a second cup” (that jokes for you old schoolers out there). I will be back to see them again for sure. 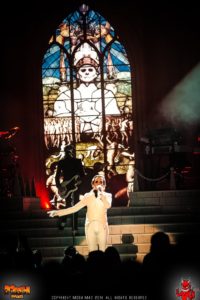 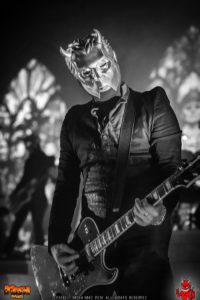 Keep those horns up fuckers and Mosh Mag OUT!